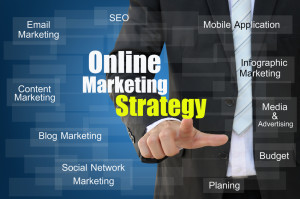 Google was busy during 2016, which means online marketing companies were too. A long-awaited Penguin update finally went live, as did hundreds of other changes both large and small. And while these algorithm updates threw digital marketing agencies for a loop, we now understand the purpose of these updates and are better able to predict what Google might do next.

Let’s take a trip down memory lane and relive all of Google’s algorithm updates from 2016:

January 2016 started off with a bang, and page rankings went all over the board when Google released its first update of the year, leading many to believe that a Penguin update was underway. However, it was later confirmed that this update was platform-wide, not specific to Penguin. This update helped Google police the web for spammy links and reevaluate search rankings, which means sketchy online marketing companies and SEO consulting “experts” took a major hit.

A huge Adwords update made waves early last year when the paid advertisements moved up right at the top of the results page (as opposed to on the side), pushing all organic results below the fold on both mobile and desktop displays. While this update was great news for online marketing services that specialize in Adwords, it wasn’t great news for those with organic rankings.

Possum, a major local search update, helped Google clean out spam while also promoting better local search results, which is great news for our clients. A searcher’s location now carries much more weight, and as a result they are more likely to see search results that are relevant and close by. Now, companies with duplicate addresses are filtered out, and searchers also have the option to see geo-tagged results outside of city limits.

After two years of waiting and speculation, online marketing companies finally saw Penguin 4.0 in September. This link-based update now runs in real-time with the help of the core algorithm update, which is why so many SEO consulting experts were convinced that Penguin was underway at the beginning of the year. Penguin 4.0 also devalues bad links instead of penalizing them. That means that high quality links matter more than ever, and bad links can hurt your rankings overnight.

Google has already rolled out its first algorithm update of the year, and it’s only February. On Jan. 10, the Intrusive Interstitials Mobile Penalty was launched. Surprisingly, mobile advertising companies were given plenty of notice for this update. Google announced the change nearly six months ago, in fact.

This change encourages the already-significant shift to mobile. Intrusive pop ups that block important content on pages will be far more than an inconvenience to users now. The pages they appear will now be penalized by Google.

Today, more than one in four searches is performed on a mobile device. These mobile blockages have significantly affected searchers’ ability to access content seamlessly, and they have been getting in the way for years. Now, with the exception of pages that require age confirmation, request access to cookies, or only take up a reasonable amount of the screen, pages that have pop ups on them will drop in mobile search rankings.

Whether you’re worried about mobile advertising or local online marketing, 2017 is shaping up to be another year of major change. It’s safe to say that we should expect more news from Google regarding mobile usage in the months ahead, and the search engine typically has a few surprises in store at any given time.

In short, keep an eye on your search rankings, or you just might lose them.

How Product Placement Takes the Pain Out of Advertising

How To Make The Most Out Of Your Advertising Agency Partnership